Posted on 16 August 2010 by The Declining Winter 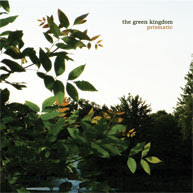 This is the latest release on Home Assembly Music. A fine record label from Saltaire, Bradford who have released two of our records in the past. Initial copies come with a bonus CD featuring mixes from The Declining Winter, Fieldhead, Northerner, The Boats, Inch Time, BVDub, Part Timer and more. You’ll need to order swiftly to get the special edition as these things are becoming increasingly popular with each release and the other ones have now mostly sold out.

You can listen to soundclips on the Home Assembly site
http://www.homeassemblymusic.com/listen.php
This entry was posted in News. Bookmark the permalink.